This page is for the convience of Talent Brokers, Booking Agents, Publicity & Marketing companies, & the World Press.
Bio, Music, Video, Reviews, & Pic's approved on this page for your use.
Links to JDG Widgets & Banners for your site can be found at the bottom of this page.

These days, it's considered "uncool" to be able to play & tune your instrument. Midwest Independent Records is proud to introduce the most "uncool" guitarist in the Midwest!

Since his solo debut release in 1992, James has made a career of both entertaining and inspiring, not to mention scaring the hell out of other guitarist!

Michael Angelo Batio says James "has a gift of mixing over the top shred guitar with really creative melodies, as well as arpeggiated lines", & calls James "a true guitar great!". Steve Vai has compared James' style, feel, & technique to that of Yngwie Malmsteen's. Also, the local, national, & world press have compared James' playing to many great guitarist including David Chastain, Yngwie Malmsteen, & Joe Satriani as well, but also state that "he has his own style & that his ability certainly ranks up there with his hero's." Term's like "Virtuoso", & "Master" are often used by peers, & press worldwide to describe James' talent.

A playing pro with over 35 years experience, James has released multiple solo CD's, plus a DVD on Midwest Independent Records, & has worldwide distribution with over 50 online distributors, & over 2,400 stores in the U.S.. His CD's have received radio airplay in over a half dozen countries to millions of listeners. A Song Writer & Music Publisher with BMI, he's also an accredited Studio Engineer & Record Producer, & is the Owner & Chief Sound Engineer of J.D.G. Studios as well. He has Recorded & Produced on demo's & other projects with members of Unbound, Chastain, & CJSS just to name a few, and has also recorded music tracks for commercials on TV & Radio as well.

James also has over 30 years experience as an instructor & clinician, including 3 years as "Head of the Rock Guitar Instruction Dept." in the "Masters Lesson Program" at CSM in Cincinnati, & even appeared in their TV commercials! He has literally taught hundreds of guitarist how to be better players. He's also appeared in several national rock magazines such as "Musician" & "Metal Edge", doing everything from interviews, to giving touring tips.

Currently, if he's not in the studio, James can often be found on concert & clinic stages promoting his new "Virtuostic Inventions" ep, & most recently sharing those stages with other incredible artist like Michael Angelo Batio, Michael Harris, Joe Stump, Matthew Mills, Arch Rival, & others! Also, writing is already underway for the next studio release. These solo CD's/DVD's serve as proof of James' monster shred ability.

Update: Besides recording guitar with Mark Wood of Trans Siberian Orchestra, & being an executive producer on Michael Angelo Batio's cd "Intermezzo", James has also just finished producing & editing several Chastain video's promoting their last 2 albums "Surrender to No One", & "We Bleed Metal". James recently produced his own video- "Aggressive Maneuvers", in support of his brand new single as well!

In the interest of full disclosure...

*JDG has over 35 years in the music industry as an international recording & performing artist. Under NO circumstances will James agree to perform on any "Pay to Play" tickets!! James only works with reputable professional promoters, booking agents, & talent brokers who, all by the way, work based on Experience, Fair Pay, & Hierarchy. Low level talent purchasers who don't promote shows beyond social media event pages, should consider themselves on notice!

*James will however continue to make personal appearances, do radio interviews, perform guitar clinics, & create video clips to promote tours he's involved with,
& at very generous rates, making him a very powerful ally, & asset to any line up!

*James occasionally takes request to perform for benefit causes under advisement, from fund raisers for things like cancer research, to supporting our troops, etc... as scheduling allows.


Pic's
For Hi-Rez promotional approved pic,
click on the image below: 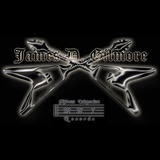 These widgets & banners will work on your MySpace, Facebook, Friendster, Webs, LiveJournal, Orkut, BlackPlanet, TypePad, Blogger, & many other pages!

Important info for anyone requesting copies of new or past cd / dvd releases -
As the music landscape continues to change, MWI Records also conforms with the changing times. We are happy to attempt to supply legitimate press request of material for review, limited to ONE copy only of each title per organization.
Also note that as the demand for hard copies has greatly declined, & digital copies has increased, we'll still honor request for physical copies only as stock allows. Therefore, we reserve the right to send you digital (download) copies for review when a title is low, or no longer in stock. Thanks in advance!